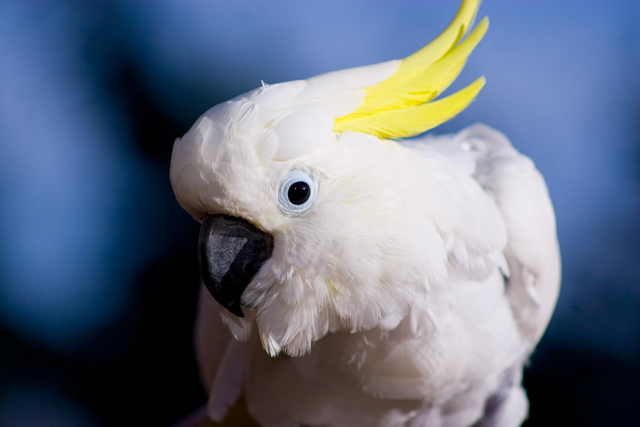 The photo below was Lucky upon arrival to Birdline almost 5 years ago. 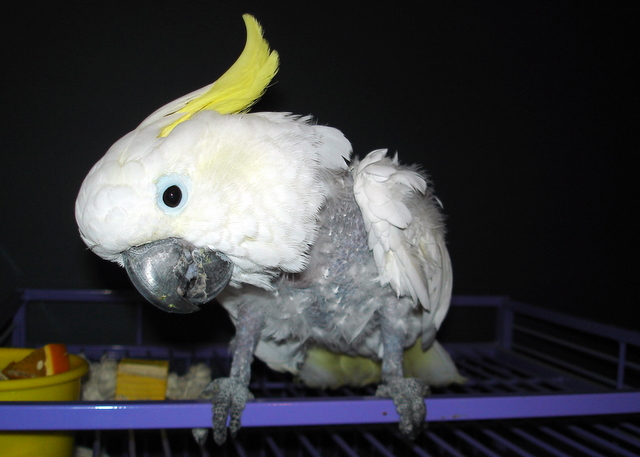 This photo is of Lucky about 8 months later. 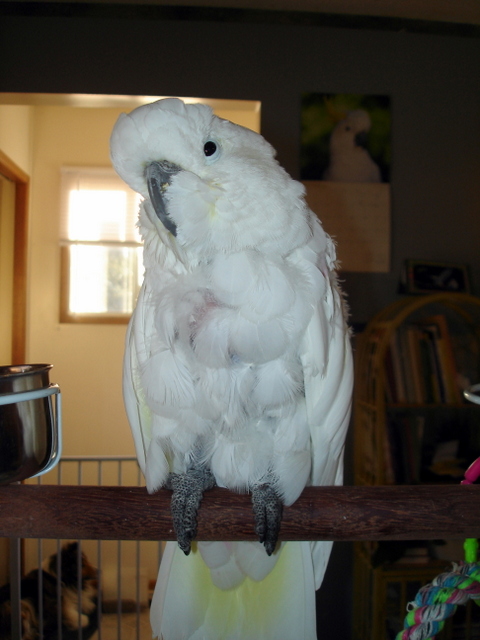 Unfortunately Lucky is a seasonal plucker and while hes not quite as naked as the first photo, he is plucked on his chest/legs. The new feathers start to come in again between Feb and March.

Lucky is a Greater Sulphur Crested Cockatoo and his age is estimated to be around 15 – 20 this is based on previous owner/s.  Lucky was never a companion parrot, he was used primarily for breeding ‘stock’.  The very top photo was taken the day of his arrival.

Our main concern was not that he was plucking – as a plucking cockatoos is not an uncommon thing to see, but what WAS alarming was the emaciation/dehydration and overall body condition of this bird.

He had plucked pretty much everything bald with the exception of his wings, the primaries were still intact and some secondaries, but most everything else was gone.  He also had a lesion starting under his wing and an open wound in the crease of his left leg – we believe he was in the early stages of self mutilation.

He required intense medical care for many months, medications, collars, creams, you name it, we did whatever was necessary for him to heal.  Over a few months his feathers started to grow back in, he gained weight, and learned how to play with various toys, tried new foods and was able to relax a bit with no real expectations.  During this time we also worked on socializing him, which proved to be very challenging and is still challenging.  Lucky never displayed aggression, but fear – and still suffers from separation anxiety which is displayed by his screaming behavior.

In his previous homes, we are told he lived in a 2 ft square cockatiel cage and from there into a breeding cage/box situation where unfortunately he killed his cagemate.  We don’t know what transpired, or what may or may not have happened to him previously, but based on current behaviors, its obvious the situations he was in were not positive in any way.

Fast forward to the present.  Lucky is still a seasonal plucker, he does not go totally bald, but at the end of spring he starts nipping feathers straight through to around mid November(hormone season)and than grows them back in.  There has never been any further signs of self mutilation once his overall condition improved.

Lucky can be a very sweet bird and is only starting to seek out a bit more affection from those around him, he is a special boy and requires a guardian with cockatoo experience and understanding of his species, he cannot go to a home with small children and multibird homes  need to be monitored VERY carefully as he does bite the toes of other birds through the cage if he can reach them.

He would probably thrive in a home where he is the only bird.

He is destructive to walls/baseboards/chairs, anything he can chew, he will 🙂

If you want further information on him, please contact us. 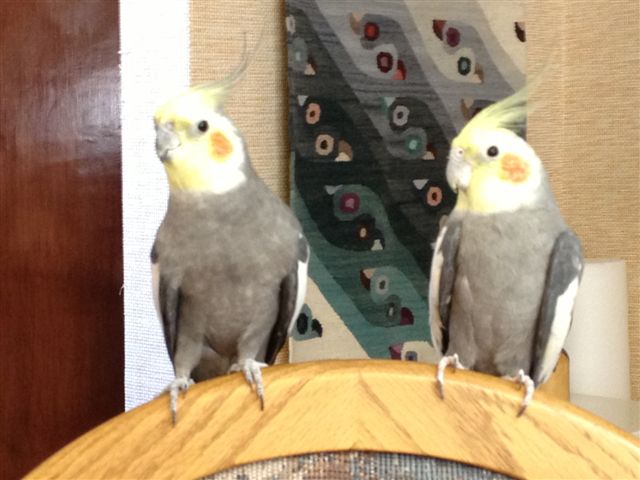 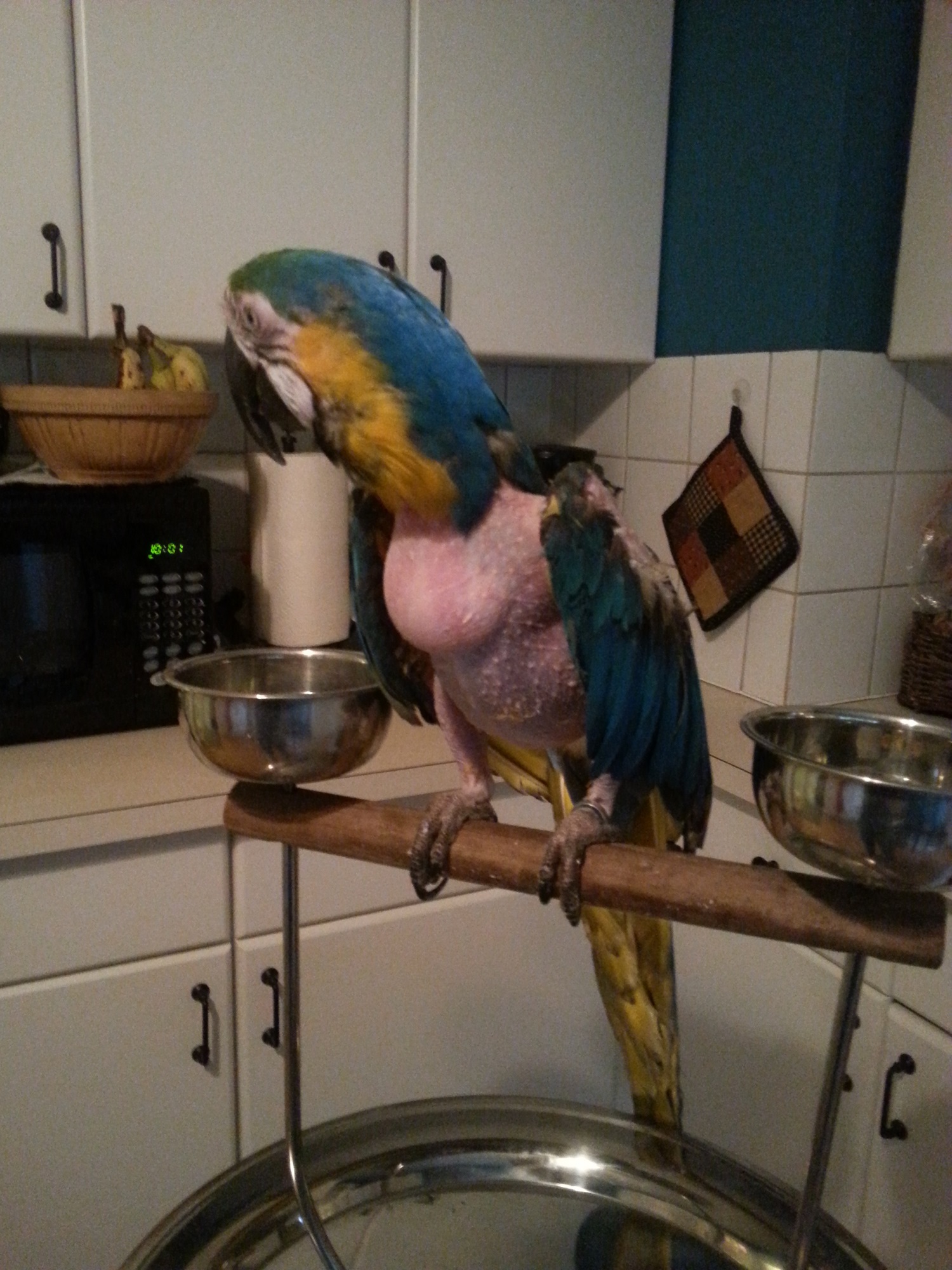