Parrots are complex.  They are smart, beautiful to look at, some are incredibly chatty, some do tricks, and yes, some like to snuggle – especially cockatoos.

Is this true for all parrots?

I have had some of the worst conversations  with people who only want a parrot that can snuggle with them, their children or their grandchildren. When I try to explain how this is not possible with many – they tell me that they will just go to the petstore or a breeder and get a “baby” bird that will love them and love to be snuggled.

It can be very frustrating that no matter the education we give them – their mindset is that they want what they want – period.

Seriously, if that is the only reason to get a bird – like the title says GET A CAT.

Unfortunately – many parrots in rescue have been abused – and people don’t seem to understand what that looks like – so I’m going to do my best to break it down.

Parrot bites – parrot gets hit – falls off shoulder/arm/perch or hand. Now sees a hand as a negative object – when hand approaches – it bites or growls. After many bites, tosses to the floor, tossed into a cage or carrier – yelled at and objects tossed at them – they are now fearful, angry and have no reason to like or trust a human.

Parrot hates other parrots.  New parrot brought into home with existing parrot.  The assumption is that because they are birds, they will like each other regardless.  So new parrot is scared, existing parrot is cautious and the two birds are thrust at each other and expected to like each other.  A fight breaks out, owner tries to separate them, only to be bit by their own bird in defense, new bird is now more scared and the decision is to get rid of the existing bird because they don’t get along.  Sad.

Medical neglect – bird falls, hurts wings/keel/leg – owner can’t afford vet care or doesn’t know a vet exists for parrots. The bird is put on kijiji where they end up in places that are not safe/healthy or potentially go to a rescue agency where help is provided.  This could be a long lengthy process.

Socially neglected – bird comes in very young – loves to snuggle, is quiet, seems to like most people.  As the years pass – this same bird is now a young adult verging on adulthood.  Hormonal changes begin to happen, as they get older they learn new vocal sounds and how to mimic, some learn how to scream for attention.  This same bird is now to noisy – and is annoying. You can’t watch tv or have company over when its around – so he gets put into a bedroom alone.  Now hes bored, and lonely and continues to scream for attention.  What he gets is yelled at, told to shut up, lights turned off or hes covered up to keep him quiet. No longer the fun loving bird they always wanted.

In rescue parrots, you can have aggression to people for various reasons.  Aggression to other parrots.  Medical neglect and lastly, social neglect.

Every parrot is unique and different in their own way even if they are of the same species.  While some traits may be similar, no 2 parrots are the same and each should be treated as the individual parrot that they are.

Being able to have a close relationship like that with your parrot is a privilege – it is NOT a right and should never be an expectation…. 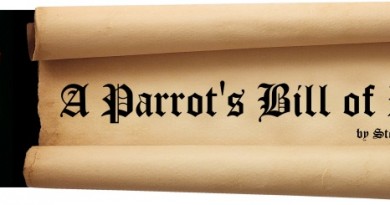 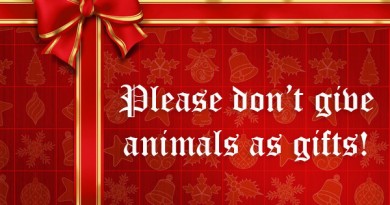 The Gift of Giving

One thought on “Want to snuggle – get a CAT.”