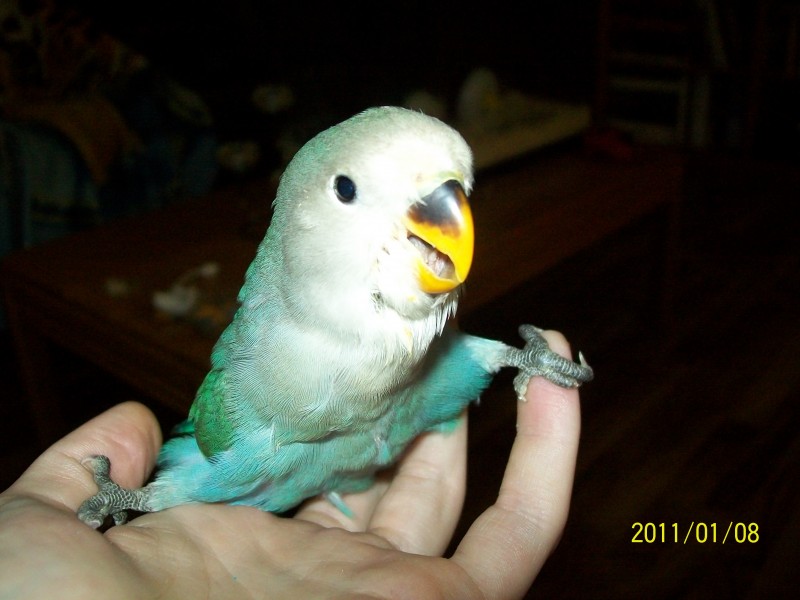 This next story is not one from the files of Birdline, but is one that was sent to us from a lady who was involved with Meia’s case.  Its a very touching story, and we have not edited her content but will post it as it was sent to us.

This is my Lovebird Scooter. Scooter was born on too smooth of surface and  she is severely splay legged.

When Scooter was just born there was one other clutch mate, both had splay legs. Scooter was a fighter right off the bat, she would “scoot” around the cage behind her parents and scream at them till they fed her, it was cute and sad at the same time.

Scooters parents knew something was wrong with their babies and never went to feed the other one,  it sat in the “nest” and would scream every once and awhile, but the parents never came. Unfortunately Scooters clutch mate did not survive the first week (I took Scooter home when she was about 2 months old). I think Scooter is one of, if not the happiest bird I’ve ever met in my life. 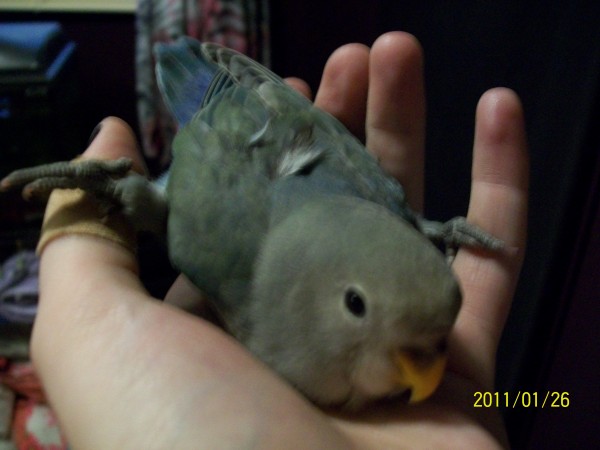 Yes she has a severe physical disability but that’s never stopped her from doing what she wants. When she was smaller she would try to stand and climb on everything, just like any normal baby bird does. It was heartbreaking the first few attempts, Scooter would try so hard to stand on something, just to fall down again. She would start screaming and attacking her feet, it was like she was angry with them for not working right. I cried many times watching Scooters frustration with her legs, after a few tries she would just sit there looking defeated. I would tell her to try again, sure enough a few minutes later Scooter was trying again. 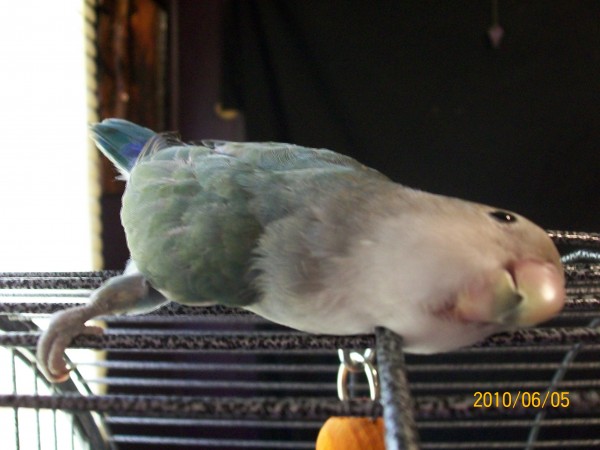 I think Scooter is a great example of how you can get over a physical disability weather you are a lovebird or a human. The biggest lessons Scooter has taught me are, no matter what don’t give up and don’t stop fighting for what you want, you only truly fail when you give up. She also taught me to “never judge a book by it’s cover”,  You don’t  know what that person or animal had been through so you have no right to judge them on their appearance.

I’ve had many people tell me I should put her down because she’s in pain or she won’t live out her life expectancy  That is not a reason to give up on her or anyone/anything with a physical disability. If anything that’s a perfect reason to spoil her!! She has went through a lot and has come out strong. She proves that animals can do amazing things and I hope you love her as much as I do. Thank you for taking the time to read Scooters story. 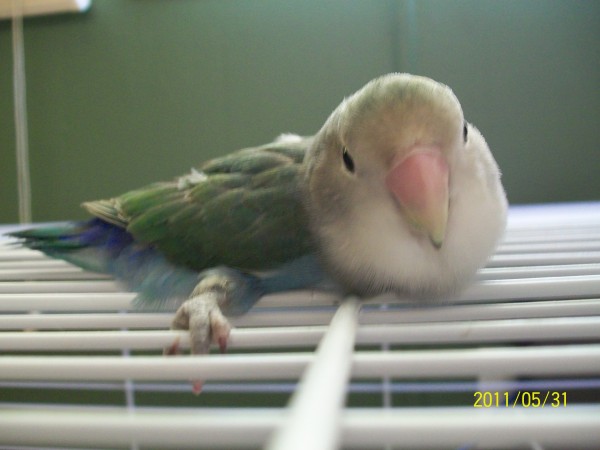 NOTE: Splayed leg syndrome is often found in baby birds with inadequate bedding/nesting materials.  If it is caught within a few weeks and the birds legs can slowly be brought back together over the course of a few weeks, the legs can get back in alignment,- once the bones start to harden it becomes harder to correct. This is not seen as a genetic defect but an issue that happens to baby birds while in the nest and can be prevented if breeders take the time to ensure proper husbandry in the brooders.  Unfortunately it is very common. 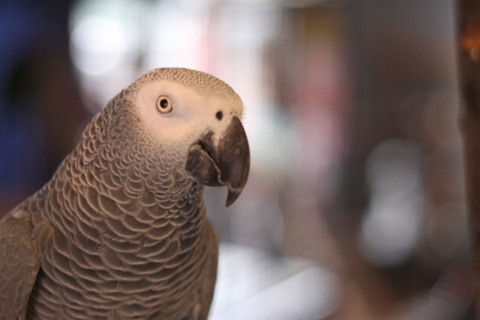